I've started another e-book giveaway on LibraryThing, this time for the new Smashbooks version of Flight of the Hawk. You can see the giveaway here.

Also, a link to a little more information on the fascinating limestone terrain of the Burren, where yesterday's and today's pictures of Poulnabrone portal tomb were taken.

Running late on my blogging today, partly because I was dealing with a promotional giveaway of Storyteller e-books on LibraryThing. Smashwords is great for this - it lets me generate a coupon code for anything up to 100% off on a given book, which I can then email to the contest winners along with the url for the book page. Much simpler than sending out a lot of pdfs, and certainly more cost-effective than giving away physical books.

On to today's picture: a much-photographed burial chamber from the limestone terrain called The Burren in western Ireland. I'll get the name on it latter today, but I wanted to put the picture up now.

Hoping to get a little more writing done at the weekend.

...and Denver weather has drifted back to "hot" - or at least, warmer than normal. Yesterday we tied the record high at the airport at 90 degrees (set in 1892). The nights are very cool now, though, which makes up for it. Still no frost, so I'm still getting squash, although less tomatoes now. Started garden cleanup yesterday.

More new pictures on Flickr - here's a sample. This is the standing stone I used for the first version of the Druid's Son cover.

On the writing front I got some work done over the weekend for a change - a little additional material, almost finishing the current chapter in The Druid's Son, and a lot of thinking about overall plot and timelines (gardening work is good for this!). Now to sustain that momentum - that is the hard thing.

I showed the second proof of Storyteller Songs to a friend this morning, and she obligingly pointed out a typo on the back cover. Oops! Well, if there has to be one, that's the best place for it, since only people looking at actual hard copies will see it. My little sacrifice to the God of Mistakes.

And that's it for Monday.

I've published it on Lulu and on Smashwords today. So far paper copies are available only on Lulu, but it should reach Amazon in about a month. Not that I expect sales - how many books do even well-known poets sell? - but I'll have hard copies to offer locally, and anyone else who wants it can get it.

Now back to work... I've been working on timelines today, working out when some things had to happen in order for other things to happen, so I don't paint myself into a corner. I know I have made one or two continuity mistakes in the past, but they weren't major, and anyway Gwernin's an old man, and also a storyteller... so he may make a few slips, or artistic emendations, in his stories. We all do it as we get older. How much do any of us really know about our own pasts?

Back to work now.

Uploaded another set of Irish pictures to Flickr. More standing stone / stone circle pictures soon. In the meantime, here's a different sort of archaeology. No precise dating for this structure, but probably 6th to 8th century.

Weather's finally cooling off a bit. Appropriate - autumn equinox at 6:10 pm Denver time (MDT). We've losing two and a half minutes of daylight every day - nothing compared to the five minutes a day in Juneau, Alaska, where I used to live, but still quite noticeable over the course of a week. Still no frost, and not likely to be for at least the next week. I need to put up some garden photos, but I'll have to wait until this weekend to take them.

In the meantime, another stone circle picture - this one is Drom Beg, from our Irish trip last year.

Although the actual autumn equinox isn't until Wednesday, we celebrated it yesterday. Not a big festival in Celtic cultures, I think, and hard to spot the exact day unless you've set up some convenient standing stones...

I got the first proof for Storyteller Songs and spent part of the weekend reformatting it. Finally got a little more writing done on Druid's Son yesterday. It was a good day to stay in and write - Denver had record high temperatures, in the mid 90's. Cooling off a bit tomorrow, I hope - we've been having forest fires in the foothills due to the unusually warm dry weather for the last month. Normally we've had frost by now, but not this year.

Well, at least it's good for the squash and tomatoes.

Still in the process of uploading August's photos to Flickr. Here's one from Uley Bury hill fort in Gloucestershire, looking west across the Severn Estuary to south Wales.

For more of this set, check out this link.

Lots of rearrangements and new links on the right sidebar. Pretty soon I'll have to stop fiddling with websites and start writing again...

eta: Playing with Flickr now... here's a set of photos from my last trip for standing stone enthusiasts!

Then, a possible cover for Storyteller Songs, the poetry collection I mentioned in a previous post:

I think the photographic style matches earlier books in the series better. What do you think?


eta: I just tweaked the fonts on the second cover a bit...

Having ported the e-editions of all my existing books over to Smashwords, I've been playing with another little project: a collection of all the poetry in the first three Storyteller books, together with some of the surrounding prose. It'll be a small chapbook, available through Smashwords and then eventually through Lulu and Amazon. I pulled the text together in a spare couple of hours yesterday afternoon, but the cover design will take a little longer. The title is "Storyteller Songs: Poetry from the Young Gwernin Trilogy".

Meanwhile I have another busy weekend coming up. After that things quiet down somewhat, and I can start writing again!

Storyteller, Flight of the Hawk, and The Ash Spear are all on Smashwords now. I've checked the .mobi and EPub formats out with Kindle for PC and Adobe Digital Editions, and they all look good - not perfect, but quite good. Kindle for PC and Adobe Digital Editions are free readers, by the way, and I recommend them for anyone who wants to read ebooks on their computer.
Posted by G R Grove at 6:32 AM No comments:

Update: King Arthur's Raid on Hell has been clear-listed by Smashwords for general distribution. The page is here, and I've generated a coupon code (MZ86J) which will make the book free for the next month. Please try it out, and let me know any problems you encounter!
Posted by G R Grove at 2:40 PM No comments:

I've been experimenting with Smashwords.com, and the first results are available here: a new e-book version of King Arthur's Raid on Hell. If this works out as well as I expect, all my books will soon be available at Smashwords. Check it out!
Posted by G R Grove at 11:33 AM No comments: 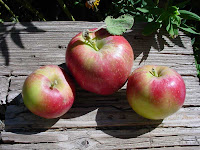 Time vs. money: it's always a trade-off, isn't it? Sometimes I feel like one of those late-medieval serfs I read about when I was in college, bound to the land and spending most of their days working for the lord, with only a little time to tend their own gardens. I don't know how accurate that picture is, since it's not a thing I've researched since, but it's always had a resonance for me. It certainly describes the part-time writer's life, where your creative work is always being interrupted by the insistent call of the Job. It's been particularly troublesome with the present book, which for various reasons is proving harder to write than my first three. So... I've decided to solve the problem.

As of December 31st, I'm retiring in order to write full time. I'm really looking forward to it!